Product Liability Claims: What Does The Future Hold? – Part II 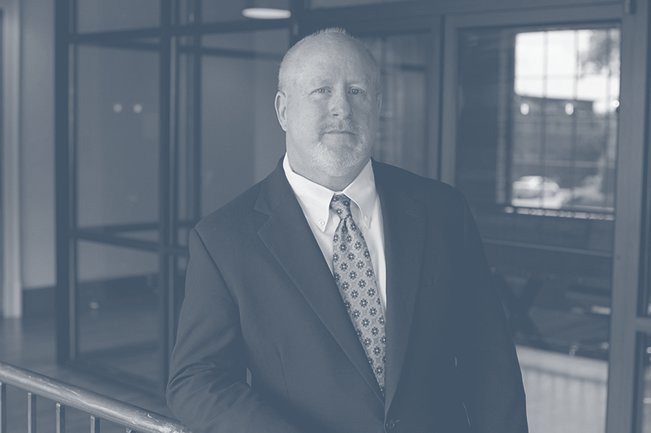 Product Liability Claims: What Does The Future Hold? – Part II

In case you missed last week’s Product Liability Claims’s: What Does The Future Hold?, you can check it out here.

Available studies and current trends point to a number of fairly new or newly-modified technologies that will spawn products liability claims.   Some are already ongoing.  Some of those include the following:

a.  ESC (Lack Of).   Electronic stability control (“ESC”) is an active safety device that prevents cars from going out of control after they have encountered conditions that would normally cause an accident.  Sensors quickly and automatically perform a variety of braking functions, and bring the car back into control.  ESC has been around since the 1990s.   Many cars did not have ESC until just a few years ago.   NHTSA adopted Federal Motor Vehicle Safety Standard 126, which requires certain passenger cars, multi-purpose passenger vehicles, trucks and buses to be equipped with an ESC system.  In many cases, car makers should have implemented ESC technology earlier on a number of their cars and those cars, of course, continue to be driven today.

b.  ESC (System Failure).   ESC works to prevent a loss of control.  Sensors installed in the car sense the rear tires beginning to slide out, the technology works by applying brakes and reducing the engine power.  To work, ESC must sense the impending loss of control.  Obviously, if any one of the sensors is made or designed defectively, then the ESC may fail.

c.  Air Bags (Failures and Deployment).   Air bags are a maturing technology in the front of the car, but still an emerging technology in other areas of the car.   More bags are being fitted into more parts of the cars, and they are expected to do more.   They can, however, always fail to deploy.  They can, in fact, deploy too hard, striking the user more like a Mike Tyson punch than the feather-soft bag shown on TV.  Bag deployment aggressivity, overly strong and hardened bags, and tethering are ongoing issues in air bag cases, as is explosion of module components into the face or eyes of the user.  The ubiquitous sensors will fail.   Note too that airbags sometimes fail because of issues “upstream,” as in key and ignition switch failures, which in turn shut down the air bag system so that it does not deploy when the car crashes because it has lost power-steering and/or braking functions.

d.  Sensors.  Both passive and active safety devices, as well as many other components, rely on sensors that must detect changes in milliseconds.   A failure of the sensor is a failure of the device.   Inadequate or defective sensors will likely remain a focus of any product liability claim where a safety feature did not work or deploy.

e.  Epi-Pens.   Deadly food and insect allergies are on the rise.   Legislation recently passed that puts so-called Epi-pens, automatic drug and/or epinephrine injectors, in most schools.   Those pens can fail to inject or contain ineffective epinephrine.   Metal bends and springs fail.  The “sharp end” might not be as sharp or as beveled as needed.   Warnings and labels might also fail to warn about usage and/or efficacy of the drug when its past its stated expiration date.

f.  Medical Devices.  Other medical devices, such as defibrillators, pacemakers, hips, knees, vaginal meshes, and joints are increasingly important in our aging population.   Obviously, the failure of any of these during an emergency or normal use, especially if implanted in the body, can cause significant injuries or death.

g.  Robotic Surgery.   Over 1500 surgical robots work in American hospitals.   They can perform hysterectomies, prostatectomies, cardiac surgeries, bariatric surgeries, and many other types.   The robots have a series of arms that cut, probe, cauterize, and sew.   Metallurgical defects, electrical current defects, and sensor (those things again) defects can cause malfunctions and severe damage, including thermal and electrical burns, tears and lacerations, damage to the urethra, torn blood vessels, damaged nerves, and vaginal cuff dehiscence because of sewing errors.   More than fifty-seven percent of surgeons using a robot have reported robot failures during surgeries, so the robot technology is far from perfected.   But, despite their overall novelty, there are safer alternative designs to some of the various components installed inside the robot.  That is where you seek the safer alternative design in emerging technologies, namely, from the older technologies inside the newer one.

h.  Chinese Products.   Although improving, it is still a bit of the Wild West for Chinese manufacturers.  Ranging from too much lead in dishes to contaminated drywall, Chinese products sometimes contain hazards and defects.   Their car industry is now ramping up.  We can expect birthing pains and early defects, as those manufacturers become more familiar with the Federal Motor Vehicle Safety Standards that apply to cars sold in the United States.

i.  Heads Up Displays.   Heads Up Displays (“HUDs”), first pioneered in military jets and helicopters, will eventually work their way into cars and civilian products.   They will be in cars, trucks, and possibly motorcycle helmets.   Smartphone apps will connect, and be distracting.  Errant readings might cause property damage or severe crashes.

j.  Lithium Ion Batteries.   Most of the newest technology cannot run without a power source.  Lithium ion batteries appear in most everything now, including smartphones, laptop computers, GPS devices and iPods, and cars.  Jet fighters and electric cars have them.  And at least the cars are already catching fire.  The batteries themselves are fairly dangerous just to store and transport.  As “packages of energy,” they can explode.  If they do, they release hydrofluoric acid, which is noxious and toxic.   If you have an “unexplained” house fire, check the house and garage for lithium ion batteries.   Despite their hazards, they are the best current battery technology and will be used in many more upcoming products.   They need care, and continued investigation and regulatory oversight.

k.  Smart Keys.  Yes, even keys can be a problem as they get smarter.  They work by proximity, and do not start or stop the car like a traditional car key.   They merely allow the user to press a “start” button.   Quiet engines and a lack of a “tell-tale: engine off system of sounds or lights” have led to several carbon-monoxide deaths when drivers inadvertently left their car running in a closely attached garages.   At least six people have died since 2009, and the National Highway Traffic Safety Administration is tracking the issue.   There have also been cases of “rollaway” when drivers thought they had turned off the car, but had actually left it in the “park” position, and it rolled off.  That, too, obviously, is a serious hazard as well.   Additional sensors and visual and audible warnings might alleviate some of these hazards.

l.  Electric Cars.  More and more companies are making electric cars.   Fires seem to be the most common worry so far, with companies like Tesla working hard to assure consumers that the reported fires in their electric cars are not a systemic problem, but then recalling them after all.  There is also concern that wrecked electric cars might be a shock hazard to first responders.

m.  Collision Imminent Braking.   As featured in the Hyundai Super Bowl ad on February 2, 2014, new braking technology takes some emergency braking out of the hands of the driver and gives it to the car.  Once fully perfected, it is likely to be a sea change in modern car safety.  The operative words there, of course, are “once perfected.”   As with any new technology, there will be problems and hiccups along the way.

n.  Additional passive safety devices.   Such devices “are automatically activated during and accident and often are federally mandated (though this is becoming increasingly true for active safety features) and standard across a given manufacturer’s line.”  Are more features are added, there is more safety, but also more room for mechanical or design failures.

o.  Additional active safety devices.  These devices “are accident-avoidance technologies.   Cross-traffic alert and blind-spot assistance systems are examples.”  Much of the newer safety technology is based on active safety, namely, preventing the crash in the first place, and is extremely promising.   Some others include lane change assist, self-parking, adaptive cruise control, braking assist, side impact warnings, and lane departure warnings.  The technologies will employ radar, LIDAR, ultrasound, infrared, cameras, and GPS devices.  It is from this technology that much of the self-driving car technology will emerge.

p.  New Firearms Technology.  There is heavy pressure on firearms makers to add new technologies to weapons to make them safer.  These so-called “smart guns” would include owner-sensor triggers that will not work fire unless the gun is in the owner’s hands.   Or they may include some other biometric safety feature or voice activation.  “Most of the developers who have entered the competition [to design smart weapons] are looking to put biometric technology on weapons, such as voice recognition or palm print scanners, which would only allow authorized people to fire them.”  It is not hard to imagine a failure in which the owner needs to use the weapon for self-defense, but is unable to do so.

q.  X-Treme Sporting Technologies.   Wingsuits, which seem to mimic flying squirrels, are already in use in extreme sports and skydiving activities.  It is not hard to imagine product failures, and the disastrous consequences of falling out of the sky.  More dangerous and advanced sporting gear will evolve, fail, injure people, and then, hopefully, mature and be less dangerous.  In the interim, there will be products liability lawsuits.

Stay tuned next week for the “Future Future” of product liability.