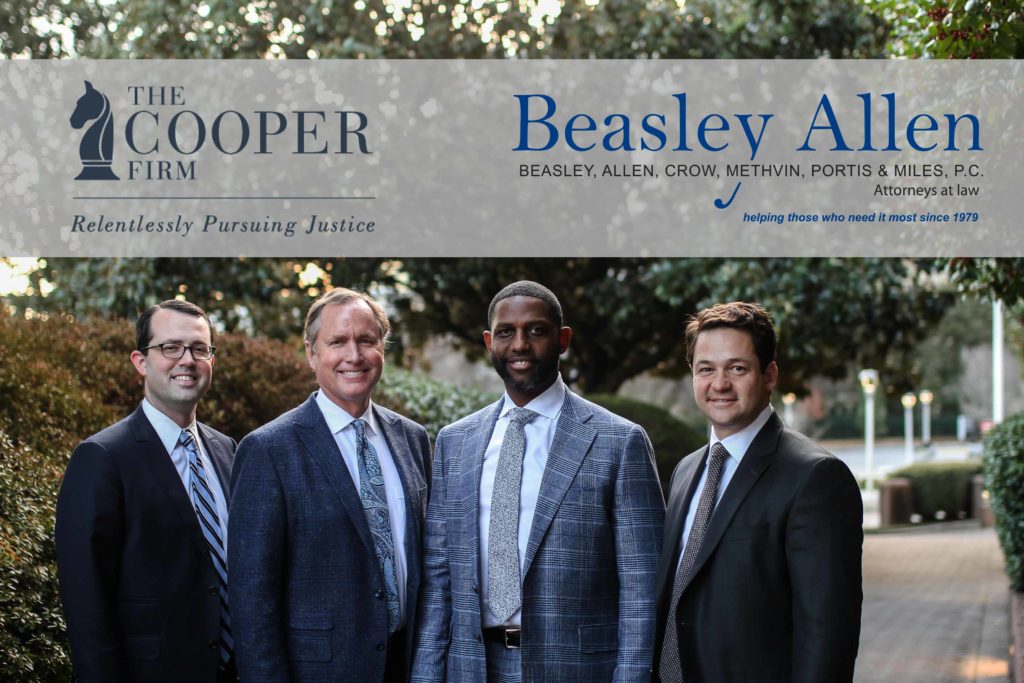 High-profile plaintiffs firm Beasley Allen has opened an Atlanta office, the first outside of its Alabama base.

Beasley Allen, founded in 1979, works on big cases all over the country, but its 75 lawyers have all been based in Montgomery until now. The firm tapped firm principal Chris Glover, who specializes in automotive product defect cases, to start the Atlanta office.

It has also joined forces with Marietta plaintiffs lawyer Lance Cooper for its foray into Georgia, after working with Cooper on litigation against General Motors over faulty car ignition switches. Cooper uncovered the faulty switches, which led to a massive recall of GM vehicles and national litigation.

“When we decided to come here, our very first stop was Lance’s office,” Glover said.

Cooper has become a principal at Beas­ley Allen, which is what the firm calls its partners, while also maintaining his own shop. The two firms will work on products liability cases together, both in Georgia and nationally.

Cooper said he started working with Beasley Allen on the GM ignition switch cases because of its greater resources and national capabilities. The Cooper Firm has just two lawyers, Cooper and Drew Ashby, which Cooper said is “how I want it.” While Cooper sticks to single-plaintiff suits, Beas­ley Allen also takes on class actions and multi-district litigations.

“Beasley Allen had the national outreach to work with lawyers and consumers around the country on these types of cases,” Cooper said.

The national GM litigation arose from Cooper’s representation of Ken and Beth Melton. They sued General Motors over a faulty ignition switch that they believed caused their daughter’s Chevrolet Cobalt to crash, killing her. The suit sparked 30 million car recalls and hundreds more suits around the country, including by Beasley Allen.

The Meltons settled with GM in 2013 for $5 million—a confidential figure later disclosed by GM—but Cooper re-opened the case for them the next year, alleging GM had fraudulently concealed that one of its engineers knew about the defect. Cooper partnered with Beasley Allen on the ensuing litigation and said that he handled more than 100 individual suits against GM.

GM ended up paying a $900 million penalty to resolve criminal charges for concealing the defective switch.

Cooper next joined forces with Beasley Allen on suits against Terex Corp. over alleged defects in a truck boom it manufactures. Cooper’s client Jeffrey Gaddy, a tree-trimmer, sued Terex in 2014 after the boom arm supporting the bucket he was standing in allegedly failed, sending the bucket crashing to the ground. The fall severed his spinal cord, leaving him paraplegic.

That suit, Gaddy v. Terex, is in discovery in U.S. District Court for the Northern District of Georgia. Meanwhile, Terex recalled some models of its aerial boom for inspection and replacement of any that are defective. Cooper said Beasley Allen has a pending class action for consumers who own booms that Terex has not agreed to fix.

“It’s been a good partnership. We’ve been able to help our clients and do greater public good getting companies to recall their products,” Cooper said.

Read the full story at dailyreport.com.