Lance Cooper Finalist for Trial Lawyer of the Year in 2014 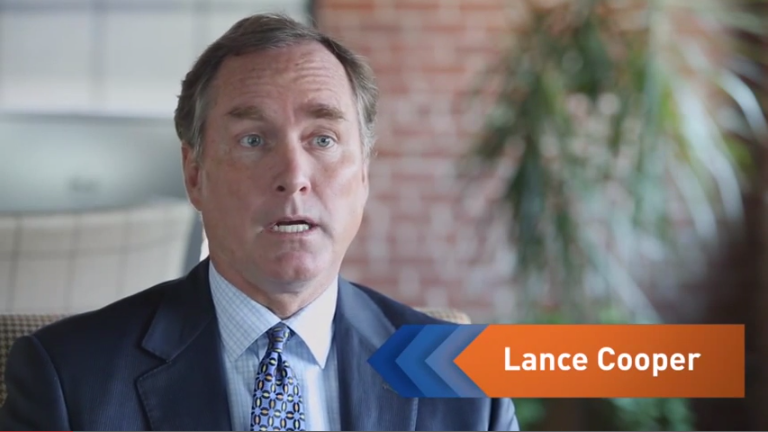 Lance Cooper Finalist for Trial Lawyer of the Year in 2014

Every year, the Public Justice Foundation presents the Trial Lawyer of the Year Award to the trial attorney or legal team who has made the greatest contribution to the public interest in the past year.

Lance Cooper of The Cooper Firm in Marietta, GA. was the sole plaintiff’s attorney in the case. After noticing serious problems with her 2005 Chevrolet Cobalt, including the engine shutting off while she drove, Brooke Melton took her vehicle to her local dealership. A day after she picked it up from the dealership, her car lost power suddenly, veered into oncoming traffic, was struck by another vehicle, and rolled into a creek. Melton was killed in the accident. At the request of Melton’s parents, Lance cooper launched an investigation into her death. When Cooper initially filed Melton v. General Motors against GM and the dealership that services Brooke’s vehicle, he believed the accident was caused by a defect related to a power-steering recall issued by GM one week before the accident. But Cooper retained experts who determined that the real culprit in the fatal accident was a defective ignition switch that caused the car to turn off suddenly while Melton was driving. Cooper then showed that GM has known about the deadly ignition defect before the accident, exposing a corporate cover-up and federal regulatory lapse that led to Gm recalling over 2.5 million car, a Congressional investigation, and large (but confidential) settlement to compensate the Melton family on September 21, 2013.