The Civil Jury Trial: The Anchor of Liberty 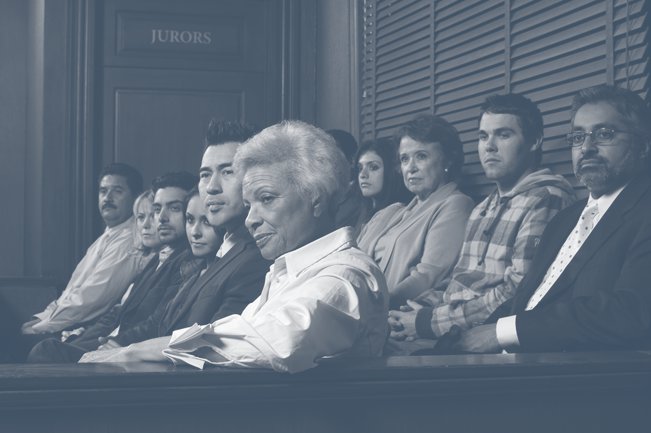 The Civil Jury Trial:   The Anchor of Liberty

Thomas Jefferson, certainly no small participant in writing up our Constitution, called the right to jury trial

“the only anchor ever yet imagined by man, by which a government can be held to the principles of its constitution.”

Sir William Blackstone, writing about our Common Law, called the jury trial the “palladium of English liberty.”   Our founding fathers revered the right to jury trial.  It was one of the tools they used to resist oppressive colonial laws, including those that dealt with taxation and sedition.   In many ways, it allowed the colonists to blunt the power of the English king and paved the way for the Revolution and U.S. independence.

Yet, despite its august history, it seems often that the right to jury trial is under attack.  Corporations use their vast PR budgets to attack it and to belittle those who make the right to jury trial work:   judges, lawyers, and jurors.   Verdicts are attacked by those who know little about the evidence in the case.   Trial lawyers are especially singled out for vicious attacks and sneering jokes—all designed to denigrate the right to jury trial.  Why?  To weaken it, of course.   Because it is the only way the average citizen can get justice from a multi-billion dollar corporation.   It is the only way justice is meted out to those corporations, whose lobbyists and dollars paralyze Congress.

Jury verdicts, or the threat of one, are why corporations make many of the safety improvements in their products.   GM and Takata, both subject to massive recalls, know that the jury will find and want justice, even if the government does not.   The jury, limited only by facts and the desire for the truth, can impose dollar verdicts far larger than statutory fines, which the largest corporations often can pay out of petty cash.

Because of jury verdicts or the threat of one, we have safer products and newer safety features, safer pools and premises, better safety warnings, cleaner and healthier food supplies.  The list is endless because for every corporation or powerful interest that will not act, and harms someone, there is a jury of average Americans somewhere that will say, “Wait just a minute!  That was wrong and unjust.  And you are going to pay for the harm you caused.”

The jury is you.   And those like you.    We thank you for your service, and for the justice you give.