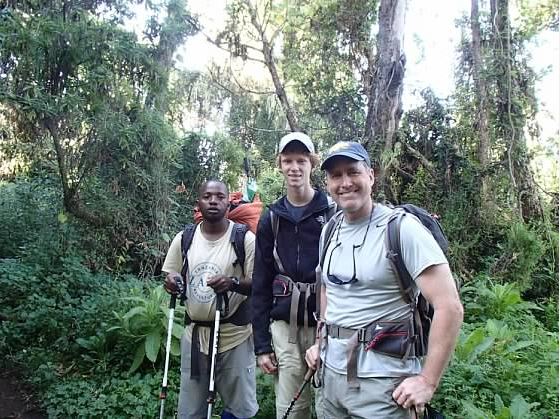 In 2009, Sonja and I were praying that God would present us with the opportunity to support a new ministry. God answered our prayer when we were introduced to Orphan Aid Liberia. Daryl Roberts founded Orphan Aid Liberia in 2008 after visiting an orphanage in the bush of Liberia. Daryl felt led to reach out to the children of this war-torn country which was ravaged by a civil war that only ended in 2003. Many of the children Daryl saw not only lost their families in the civil war but they suffered unimaginable atrocities as a result of the war. Daryl formed Orphan Aid Liberia to provide humanitarian relief and to help these children have a better future.

Since 2008, Orphan Aid Liberia has made a tremendous difference in the lives of children and adults in and around the village of Balama. In addition to the children in the village of Balama, there are many more orphans in Liberia who are waiting for someone to reach out to them with a hand that will extend love, hope and health. One sponsor at a time, one child at a time, together we can rebuild lives.

A few months ago, Daryl approached me about being part of a team that will climb Mt. Kilimanjaro in Tanzania, Africa. Mt. Kilimanjaro is the tallest mountain in Africa. Daryl told me about his vision of a “From the Ground Up” campaign to raise $150,000.00 to rebuild as many of the orphans’ lives as possible. My oldest son, Asa, and I both agreed to be part of the team. As Asa and I climb with the team from the ground up to the top of Mt. Kilimanjaro, I ask that you partner with us to help rebuild the lives of these children from the ground up with your sponsorship and prayers. To rebuild these children spiritually, physically and mentally, we need your help.

Our trip will begin on February 9th and we will return on February 22nd. Just to be clear, 100% of all donations will go directly to Orphan Aid Liberia. Asa and I are paying for the entire cost of our trip so that all of the money raised will be used to support the many ongoing needs of this community. Thank you for your support and commitment to this community and the mission of Orphan Aid Liberia.

To donate to the “From the Ground Up” campaign click here.

Please visit the website at www.orphanaidliberia.com or www.facebook.com/orphanaidliberia for more information about the climb and how to be a sponsor.