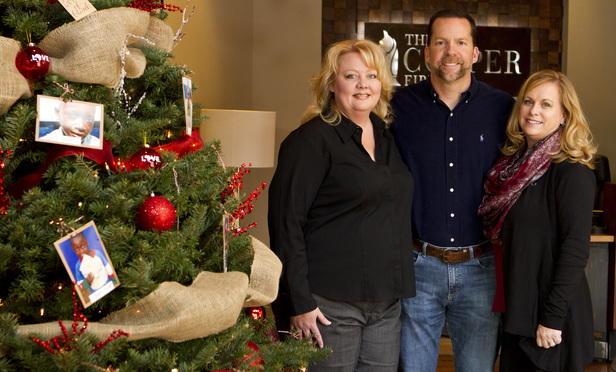 The Cooper Firm is hosting a holiday fundraiser to support children orphaned by Ebola in Africa.

Office administrator Sherry Kerr introduced her colleagues to Orphan Aid Liberia, a Cartersville nonprofit that since 2008 has aims to help 300,000 children who lost parents during a civil war. The Ebola outbreak has made the needs of the children of Liberia more urgent.

Both Kerr and Linda Stricker Campbell, a legal assistant at the firm, have traveled to Liberia to work in orphanages supported by the group. They introduced the head of the group, Daryl Roberts, to their firm founder, Lance Cooper. Last year, Cooper and his son Asa joined Roberts on a fundraiser for the nonprofit, raising more than $80,000 as they climbed Mount Kilimanjaro in Tanzania.