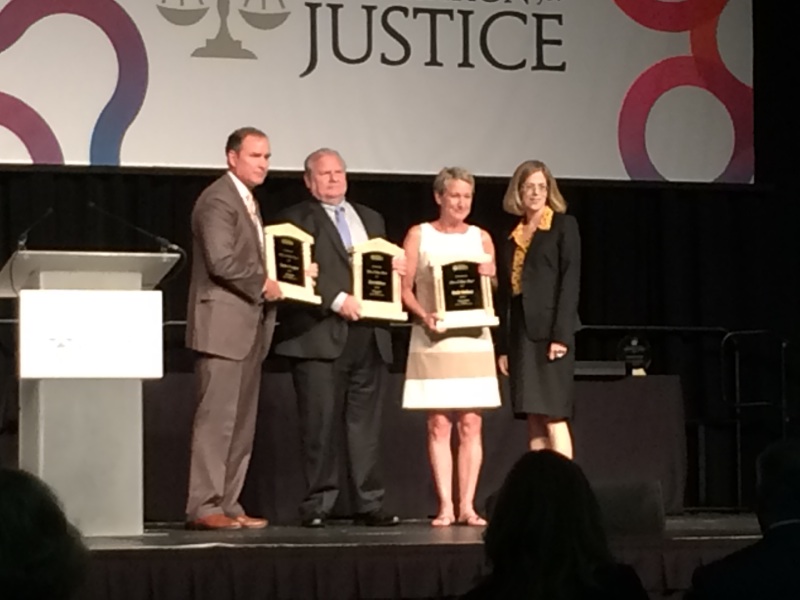 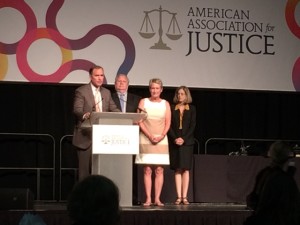 “The Sharp Public Service Award is presented annually to attorneys and clients whose cases tell the story of American civil justice and help educate state and national policy makers and the public about the importance of consumers’ rights. This award is named for Steven J. Sharp of Richland, Oregon who lost both arms at the age of 17 because of a defective tractor hay baler. The tractor manufacturer knew one person had been mangled and another decapitated by this defectively designed product. Company executives did nothing, however, even though a small, 70-cent part would have fixed the problem.  At the time of Steven’s case, legislation was pending that would have barred him from taking his case against the manufacturer to court. He spoke out to show lawmakers how legislation to limit access to the courts would deprive people like him of justice.  Steven’s case had a positive effect on Capitol Hill and ultimately led to the defeat of this unfair legislation.” – American Association for Justice

Lance Cooper was recently awarded the Steven Sharp Public Service Award on behalf of his work on the Melton vs. Gm case. His clients, Ken and Beth Melton, also received the award. The award was given by the America Association for Justice this July.