My Child Has Asperger’s! 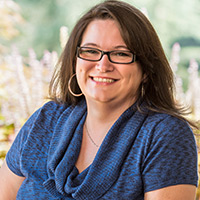 Amanda Lavery, a paralegal at The Cooper Firm shares how her life was changed this year:

I remember sitting in Spencer’s doctor’s office literally holding my breath as I waited for her to answer my question. A question that I already knew the answer to but was in denial. And then she said it, “Spencer has Asperger’s Syndrome.” All of the air was sucked out of the room. The range of emotion- confusion, fear, sadness, just to name a few.

Asperger’s is a developmental disorder that falls within the autism spectrum of disorders and is often characterized by good language skills but poor communication, a difficulty forming friendships, repetitive behaviors, and a childhood preference for playing alone or with older children or adults.

Until just a few months ago, I thought Spencer was a quirky and eccentric little boy who had a big heart. He laughed, played, and carried on conversations just as you or I. Despite all of that, yes, he still has Asperger’s. Spencer basically can’t be bothered by anything. I thought this nonchalant attitude was just a character trait that we all would be lucky to have as our own. Unfortunately, it is more of a detachment rather than being calm under pressure.

I didn’t realize how deep Spencer’s detachment went until a couple months ago when his grandparents were moving across country to Colorado. Sadly, my father-in-law has terminal brain cancer, and the thought of them moving so far away saddened my husband, Spencer’s brother and sister and me to the point that we all had wet shirts from our tears. Spencer on the other hand, said his goodbye, hugged his Grandpa, got into the car and waited for us to join him.

I haven’t really shared Spencer’s story with many of my friends and family yet. Every single time I do, I always get the same response…”But he’s so normal.” “He’s so normal.” I never thought those words would cut so deep. How could they? We all want our kids to “be normal.” It’s when your child is suddenly “not normal” that those words become gut wrenching. I’ll even admit it. The first time I was told that experts believed he had Asperger’s, I too thought those same four words- “But he’s so normal.”

As a mom, naturally you want what is best for your children. You want to teach them how to follow their Faith and listen to their heart. You want to protect them from any and all dangers. The thought of how people may look at Spencer differently breaks my heart. In fact, it keeps me up most nights. How can I protect him from those looks? I know that I have to teach him to be proud of who he is and the differences he owns. If that labels him “not so normal,” then so be it.

It is still really early in Spencer’s diagnosis and I am still learning so much. All of the information is quite overwhelming, but if there is one thing that I have taken in so far, it is to take it one day at a time, one repeated instruction at a time. You need to allow yourself to be frustrated, sad, even angry. Most importantly, you need to have a support system and communicate your stresses with others who are experiencing the same. It’s that support system, those mothers and fathers, who will get you through. When I am questioning my parenting skills or feeling like I have failed Spencer, I reach out to my husband and support group and realize what I am feeling is common and that I am not alone.

I hope to write again in six months and tell you that “I have mastered parenting an Aspie child!!” Realistically speaking, I know I will only be able to say, “I have mastered loving all of my children, unconditionally.”

Amanda Lavery has been a paralegal and member of The Cooper Firm for over five years. She is a great addition to the team and we are happy to have her here.