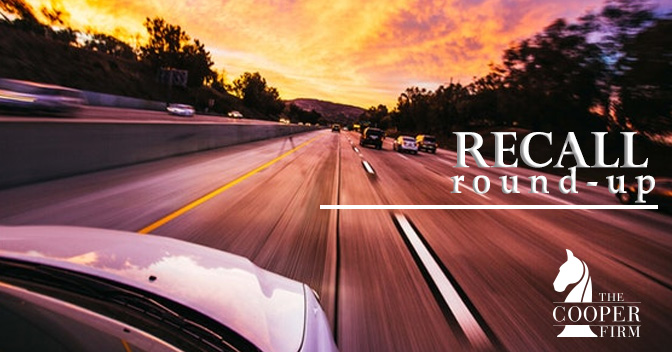 This week we bring you two large scale recalls from major manufacturers. Both Toyota and IKEA have recalls this month that are expansions from previously announced recalls of products in the market. Read below for more details.

Toyota announced a major expansion to their January recall regarding fuel pump defects. In January, 700k vehicles across both the Toyota and Lexus brands were recalled for stalling expectantly.  Today, that recall is at 1.8 million. The models in question have a fuel pump failure that can stop the engine from operating. If this happens, the likelihood of a crash is high. If you drive the below mentioned vehicles, you will be notified in May regarding repair solutions.

IKEA continues to recall dressers for tipping and entrapment hazards. If you have purchased a dresser from IKEA, you must anchor it to a wall. IKEA has provided anchor kits for previous recalls and this one is no exception. This ever growing list of recalled dressers now includes the Kullen 3-drawer. 820k unsafe dressers were sold in the United States with an additional 150k in Canada. If you purchased the Kullen dresser, or other similar dressers from IKEA, you should move the dresser to an area where children can not access it and contact IKEA for a complimentary anchor kit.