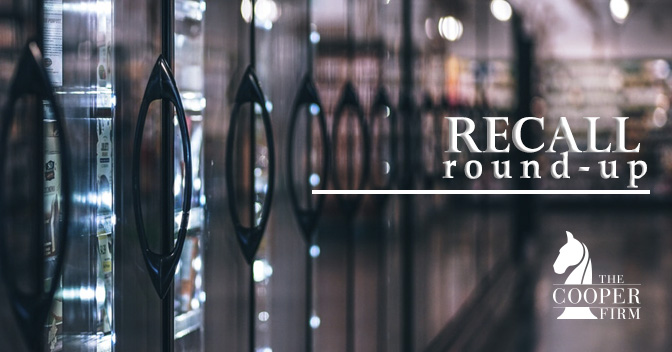 This week we cover several product recalls from Igloo and Starbucks, a food safety recall from Tyson and an important safety announcement from IKEA in our recurring series: Recall Round-Up.

IKEA recently issued a safety announcement regarding their SUNDVIK child changing tables. IKEA received numerous reports of children falling off the furniture. IKEA believe the safety lock for the changing table platform was not properly fitted during construction in the reported incidents. As a safety measure, IKEA will provide additional safety locking kits to ensure a more safe use of their product. Customers may call 888-888-4532 for more information on how to obtain a replacement kit. No receipt or proof of purchase is required.

IKEA came under fire several years ago for their children’s bookcases that easily tipped over. The CPSC issued strong warnings to consumers about securing the furniture to the wall after several deaths were reported as a result of the hazardous furniture. Although this is a mere safety announcement in the US, it has been labelled a recall in other countries. Please do not hesitate to contact IKEA for the safety kit and report all injuries to the CPSC so they can continue to monitor this product.