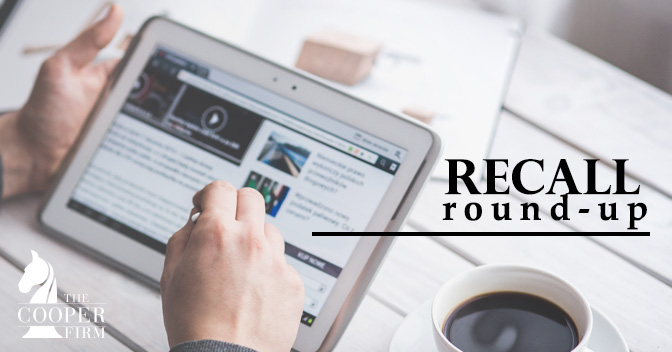 The Safety Institute announced today that it is launching the Vehicle Safety Watch List Analytics and NHTSA Enforcement Monitoring Program. Sponsored by Lance Cooper, of the Cooper Firm in Marietta, Ga., in memory of Brooke Melton, who died in a 2010 crash caused by the sudden failure of the ignition in her 2005 Chevy Cobalt, the program will release quarterly and annual reports monitoring vehicle defect trends and the National Highway Traffic Safety Administration’s recall and enforcement activities. Top trending vehicle safety issues will provide the public with a timely analysis of the most significant problems in the U.S. fleet.

Using publicly available data such as NHTSA consumer complaints, and manufacturer reported Early Warning Reports on deaths and injuries and the Fatality Analysis Reporting System (FARS), The Safety Institute will use peer-reviewed analytic methodologies to identify potential motor vehicle safety defects that should be investigated further. With statistical support from Quality Control Systems Corp., The Safety Institute will release a quarterly Watch List of vehicle problems and an annual report identifying emerging defect trends by issue, manufacture and vehicle and assessing the efficacy of the agency’s enforcement activities.

The annual report will use the F ARS data to generate an annual look-back for incidents involving tire factors, fires, and rollovers. In addition, the Monitoring Report will link Vehicle Owners Questionnaires and Early Warning Reporting injury and fatality data back to recalls and defect investigations. This report will examine the state of active and completed recalls -the rate of vehicle and equipment remedies, the completeness of Part 573 Defect and Noncompliance Reports.

The Safety Institute’s Analytics and Monitoring Program reports will provide evidence-based data for directing investigatory resources. They also represent an important step toward identifying potentially emerging vehicle defects. These resources will be publicly accessible to anyone who wants to understand:

• How well NHTSA is enforcing the recall requirements

Cooper’s groundbreaking work on behalf of the Melton family in their lawsuit against General Motors identified the ignition defect, and revealed company knowledge of the defect going back at least nine years. In February, after GM announced a recall that only fixed some of the affected vehicles, Cooper requested that NHTSA investigate the timeliness and adequacy of the recall.  The news of GM’s failure to act led to a NHTSA investigation, Congressional hearings, and fines levied against GM for an inadequate response to NHTSA’s information requests.  NHTSA also knew about the ignition defect as early as 2005 through its Special Crash Investigations, but chose not to investigate in 2007.

“Brooke Melton’s death was a preventable tragedy, made all the more heart-breaking by the failure of NHTSA to intervene,” Cooper said. “Through The Safety Institute’s Analytics and Monitoring Program we will bring some much-needed, independent analysis to potentially emerging defects. At the same time, we will be evaluating the government’s investigative and enforcement process. It won’t bring Brooke Melton back, but it may prevent another defect crisis.”

The GM ignition defect crisis is only the most recent manifestation of a problem that has long plagued the agency. Passed by Congress in October 2000, the Transportation Recall Enhancement, Accountability and Documentation (TREAD) Act, was supposed to usher in a new era of prevention. But several internal assessments, authored by the Government Accounting Office and the Department of Transportation’s Office of the Inspector General, show that NHTSA’s investigative process and recall monitoring are inadequate.

“Thoughtfully applying analytic tools to available data on motor vehicle problems will help direct resources to problems in advance of crises. This much-needed program will provide important guidance for NHTSA, industry, attorneys and the public” said Sean Kane, founder and president of the board of directors of The Safety Institute. “Instead of NHTSA’s actions probed in occasional Congressional hearings, The Safety Institute’s reports will provide regular review of the agency’s enforcement activities and how well it is doing. It’s long overdue.”

The Safety Institute is a 501 (c) 3 non-profit organization whose focus is on injury prevention and product safety.